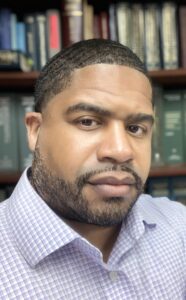 Adryann Glenn
“AG” is a zealous advocate for social and criminal justice reform. A sought-after panelist, he has been featured in numerous national documentaries and publications. Adryann’s personal journey through the criminal justice system provides him with a unique perspective and strategy in effectively reforming “the system” as we know it. A devoted husband and father of two, Adryann emphasizes the role youth must play in creating a more equitable future and battling the scourge of mass incarceration.

Currently a member of the Advisory Board for Ameelio, as well as the Virgin Islands Juvenile
Justice State Advisory Group (Racial and Ethnic Disparities Committee- Chairman), he was also
appointed to the Criminal Justice Coordinating Council in Arlington, Virginia from 2017-2019.
From 2013-2016 he served on the Advocacy Board for OAR (Offender Aid and Restoration) in
Arlington, Virginia.

Adryann has experience training law enforcement officers and administrators. He has been a
guest speaker and facilitator for the Virginia Department of Corrections as well as various local
and regional correctional facilities. A gifted mediator, Mr. Glenn is a regular consultant to many
throughout the world of social and criminal justice. His time working on Clemency Project 2014
exposed him to the inner workings of the federal system as well as all local jurisdictions.
As an outspoken proponent for reform Adryann has been a featured keynote speaker. Most
notably he delivered a “TED X Talk” in 2015 entitled “The Cost of Freedom”. His own personal
journey has cultivated a deep relationship with his faith. That journey is chronicled in his two
published works “Job 32:18” and “Jeremiah 20:9”.

A graduate of Leadership Arlington (Class of 2016), Adryann is dedicated to the improvement of
the community and is deeply concerned with the community’s well-being. Mr. Glenn is not one
to wait for others to take action, he is one to take action and encourage others to take up the
cause with him. His time at Norfolk State University (Public Relations) prepared him to be a
voice and champion the causes of the community. To better understand the legal system, he also
holds an Advanced Paralegal Certification from the University of Georgia. His desire to assist
others in fulfilling their truest potential led to his becoming a Certified Master Life Coach with a
specialty in Life Purpose. A minister in the A.M.E. Zion Church (Beulah AME Zion, St Croix,
USVI) Adryann is guided by the principles of justice, equity and mercy for all. 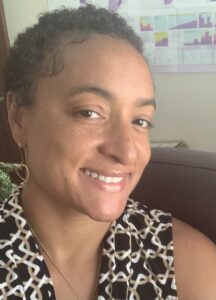 Aisha Webster-Glenn
Aisha Webster-Glenn is the Director of Business Development for Virgins Islands Next Generation Network (viNGN), where she has been employed since 2017. Aisha is also the Vice President of Fundraising and Public Relations for Align Community. She received her BA degree, double majoring in Communications and Literature from American University in Washington DC. She began her career in the U.S. Virgin Islands after graduating in 2006. Since that time, she has worked more than ten (10) years in various industries including broadcast journalism, sales and marketing as well as non-profit.

After graduating college she was recruited to the CBS affiliate, TV2, on St. Croix, where she prospered in her career as a reporter, covering high-profile criminal cases, political and human interest stories, as well as anchoring parade and election coverage on St. Thomas and St. Croix.
In 2009, she began working for The Women’s Coalition of St. Croix (WCSC). She was able to work closely with the executive director, learning first-hand what it takes to successfully run a non-profit agency in the U.S. Virgin Islands. During that time she also got heavily involved with the Victim Advocacy program.

2011 was another big year for Aisha. Although she was happy in the non-profit sector, she was asked to join Newsline 340, at that time a new magazine-style news program featured on The Virgin Islands Public Television System, a PBS affiliate. She was able to continue her volunteer work as a victim’s advocate and currently serves as the Secretary for the Board of Directors for the Women’s Coalition.

She enjoys spending time with her family, cooking, traveling and volunteering. 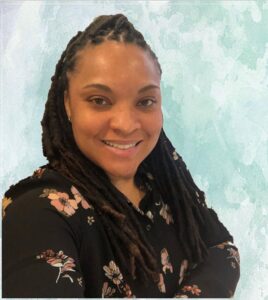 Latoya Dennis
Educator, Designer, & Student
Latoya Dennis a graduate of Old Dominion University of Norfolk, VA and a current student at Dunwoody College of Technology of Minneapolis, MN. As an aspiring architect, she believes the industry’s reach extends well beyond creating beautiful and functional structures or spaces. It is about improving conditions and impacting lives.
Community has always been at the forefront of her list of values. Latoya spent over a decade as an educator, improving and enriching the lives of elementary school-aged students and their parents because of her belief that education is a key to building strong communities. As a teacher, it was her daily mission to be a continuous resource for families, a mentor to the students and a positive role model for the community. 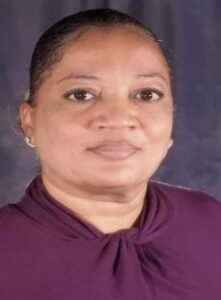 Her professional career includes working in both the public and private sectors, providing financial and human resource management services. She has been affiliated with the VI SBDC network as the former Center Director on the island of St. Croix, and has over 18 years of experience providing counseling, technical assistance, training and outreach to nascent and existing small businesses within the Territory. She presently holds the position as Associate State Director for the Virgin Islands Small Business Development Center in the Territory. 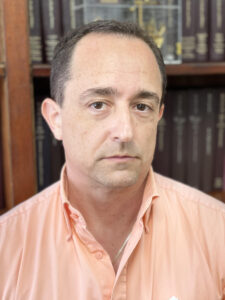 Eugenio W.A. Géigel-Simounet
Eugenio W.A. Géigel-Simounet was born in San Juan, Puerto Rico. He obtained his BA from the University of Dayton in 1996. He obtained his Law degree from the Eugenio Maria de Hostos School of Law in Mayaguez, Puerto Rico. He is a litigating attorney with his own offices in St. Croix, U.S. Virgin Islands. He is admitted to the Supreme Court of the U.S. Virgin Islands and U.S. District Court for the District of the U.S. Virgin Islands since 2005 and to the Puerto Rico Supreme Court and U.S. District Court for the District of Puerto Rico since 2001. He is also admitted to the First and Third U.S. Circuit Courts of Appeals. 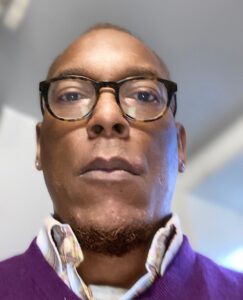 Jason Small
Jason Small is a graduate of The Yale Law School, and he has led a life committed to public service and good government. He has practiced law, and he has held positions in very level of government, has a significant background in philanthropy, and has professional expertise in real estate development, grant writing and management, opportunity — whether zone or youth –and affordable sustainable communities. As a thought leader, he has been actively involved in the funding and vetting of local community organizations as well as the national policy direction of organizations like CollectivePAC.

Jason also spent four years in the role of Town Administrator in Prince Georges County, Maryland, and has parlayed his education in legal and political theory into opportunities to affect real change at every level of political organization. As a leader with high acumen and emotional intelligence, he leads with pragmatism at all times, and sees civil discourse and good government as the only way for a republic to survive – and thrive. A member of Phi Sigma Alpha and Phi Beta Kappa, he has been providing expertise in ideal theory as a component of that pragmatism to great success throughout his academic and professional career.

If asked, Jason would tell you he hopes to be a change agent. There is a long and rich tradition of black intellectuals sewing the American fabric back together, and to be a part of that tradition, and making positive change, is really the simplest and yet most ephemeral goal. By focusing on professional experiences rather than a career path, he has a depth and breadth of experience that is difficult to match. Additionally, his dogged focus on moving this nation forward toward a more perfect union is as ingrained in him as the Blues.

Kevin B Fisher, Sr.
Currently, the Senior Pastor of Beulah A.M.E. Zion Church in St Croix, and Vice President of Programs and Special Projects at Align Community, Pastor Fisher began preaching at the age of 18 years old. He has Pastored churches in Virginia, Kentucky, Tennessee, and North Carolina. With over three decades worth of experience in growing and sustaining churches, Kevin has made it his mission to impact every community he has served in. With deep empathy and compassion, he reaches out to the less fortunate and is a well of encouragement to all.

The father of eight, as well as a grandfather, he invests a significant amount of time investing in the youth. He has mentored numerous young men and women who have gone on to become leaders in their own communities. His down-to-earth approachable demeanor has earned him the affectionate title “The Touchable Pastor”.

After being invited to a Rites of Passage Program Saturday program he felt compelled to do more. Though he was supposed to just visit once, he became a valued volunteer and much beloved by the children. He made a promise to do more and willingly became one of the founders of Align Community.

In addition to his work with Align Community Pastor Fisher operates a Clothing Bank and a Food Bank for the less fortunate in the local community. He’s an outspoken advocate for the rights of children and the elderly. Kevin believes his purpose is to intercede and provide for those that have been disempowered. 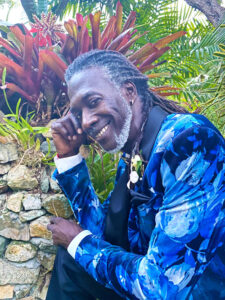 Positive T.A. Nelson
Positive T.A. Nelson, is a man of the people. He currently serves as the Commissioner at the Virgin Islands Department of Agriculture since 2019. First elected to serve in the Twenty-Sixth Legislature of the Virgin Islands, he served seven terms until the Thirty-Second Legislature, from the island district of St. Croix. He was the senior sitting Senator for 3 terms. “Positive” he says, is not just a name but an attitude towards life. It is that kind of perspective that has earned Mr. Nelson a reputation as an honest, efficient, and responsive leader. This is also expressed in his registered trademark, “Positive Is How I Live,” which he says is his non-secular way to bring people to living righteously.

Positive T.A. Nelson has a B.S. Degree in Accounting, St. Augustine’s University, leadership training certificates from the Henry Toll Fellowship and Eastern Leadership Academy, respectively; a certificate in “Driving Government Performance” from the John F. Kennedy School of Government at Harvard, a certificate in Alternative Dispute Resolution from Notre Dame University, and is a John C. Maxwell, certified Speaker, Teacher, Trainer, Coach. He also holds certificates in mediation, arbitration, and hearing administration from the Public Employees Relations Board.

Additionally, Positive is a Sixth (6th) Degree Black Belt and Grand Master Instructor at his taekwondo school, “King Cobra” TKD of St. Croix. He has practiced for over 30 years. He has multiple business entities on island, “Serenity’s Nest, LLC”, “Positive Consulting LLC”, and “Positive Is How I Live LLC”.

Positive T. A. Nelson is spiritually, culturally, and socially conscious and a community activist. He founded and directs “Positive Works, Inc,” a nonprofit youth organization; created “OVILU” an independent labor union; and founded and advised “Accountants on the Rise,” an accounting club at St. Croix Career and Technical Educational Complex where he taught Accounting; He also conducts annual events such as “Unity Retreat Camp,” Senior Citizen Brunch, Emancipation Day: Fort to Fort Walk, an annual vendor at St. Croix Agriculture and Food Fair, and is an inspirational and motivating Speaker at numerous events. The Commissioner has also begun farming over the past nine (9) years at Serenity’s Nest, his Zen Garden.

Positive, born Terrence, is the third (3rd) of four children and the only boy of his parents. He is married to his high school sweetheart Kimberly (Roper) Nelson since 1993 and together they have three sons and a daughter, Terrence, Jr., Tafari, Tywreh, and Keturah. They are also very happy grandparents. He is an extremely proud graduate of St. Croix Central High School Class of 1985!